Armenia- Hidden Treasure of the World

At the moment, we’re all more confined to dreaming about travel rather than actually doing it. Thus we decided to transport you visually to Armenia- Hidden Treasure of the world. Although little is known about the country, Financial Times highlighted Armenia as a go-to destination in 2020. It’s enough to visit the country once and fall in love with the rich cultural heritage where ancient sights and delicious food abound. Mountain gorges and endless plains, colourful old monasteries and transparent lakes, amazing cuisine and legendary hospitality. All this is Armenia, winning the hearts of travellers at first sight. So, one can find thousands of reasons to visit this amazing country sandwiched between mountain ranges. Thus, explore Armenia– Hidden Treasure of the World! 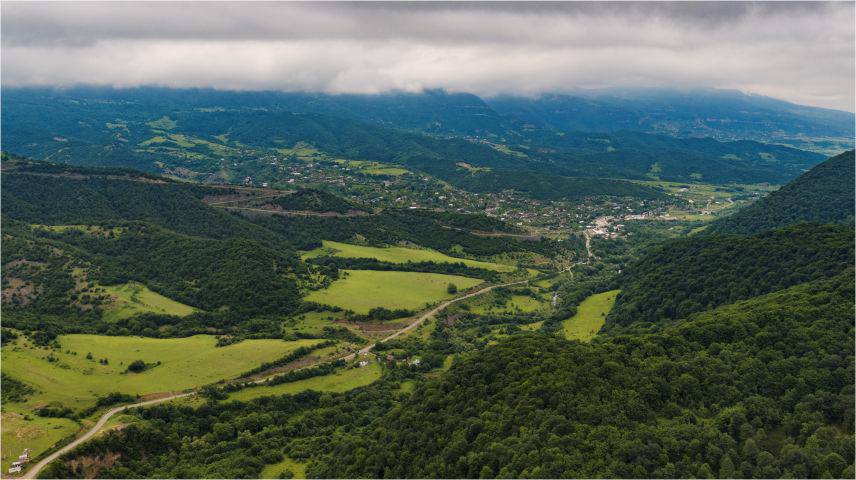 Armenia – one of the oldest kingdoms

Armenia is, first of all, interesting for the lovers of intellectual travel. Ararat kingdom, Aratta, Nairi – these are only some of the names of the country in the Bible, in old Sumerian or Assyrian inscriptions as the sacred world or the cradle of civilization. Whereas on the oldest Babylonian map the country is mentioned as Urartu – one of the ancient kingdoms of Armenia throughout its long-lasting history. Discovering the secrets of the ancient world has always attracted people. And Armenia appears to be one of the oldest kingdoms existing up to now. Recent discoveries made by archaeologists led to many changes in the way people perceived the history of the Ancient World. However, for a long period in the study of ancient civilizations, Armenia often stood aside and was “not involved” in the main events of the general world history.

Almost always the interest of researchers was focused on the territory of Ancient Egypt and Mesopotamia. An archaeologist and professor at the University of Pennsylvania Michel Rothman, participating in the excavations at Shengavit (in the territory of nowadays’ Armenia), said that all these data suggest that about 3 thousand years BC, the culture of ancient Armenia began to spread throughout the world. So, having a deeper insight into the ancient world history, walking back through the paths of the past is one of the main reasons to visit this amazing country.

But even if you are not that interested in world history, the country has still a lot to offer. 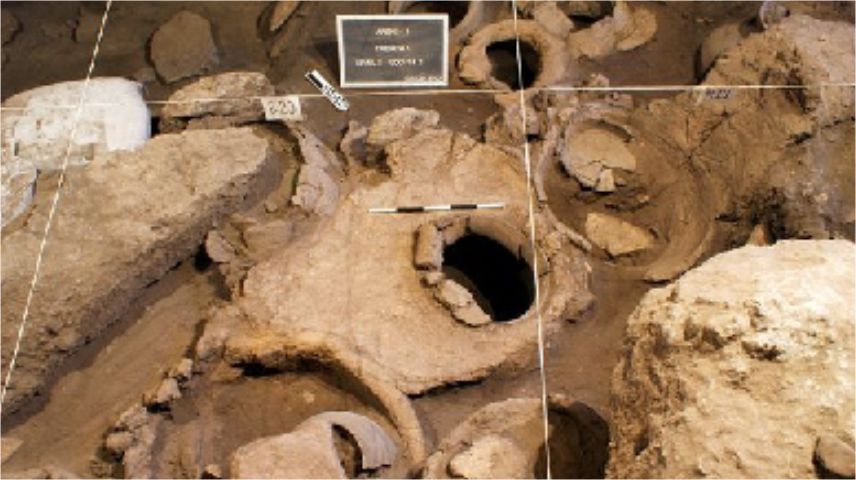 Armenia and its Nature

In the arms of Armenian nature, you can find your time to reflect, to nourish your brain and relief all your stresses. Healing springs, fresh water, high peaks, winding paths,  fields of colourful flowers and hidden historical sights everywhere deep in the forests. There is so much peace here. Lose yourself into the noise of nature. Enjoy the waterfalls and deep canyons.  Witness some of the rarest creatures in the Armenian Highlands, the most famous of which is the Caucasian Leopard. Eventually, feel the power of the mountains which saw civilizations come and go. Face nature and have your adventure: hiking, camping out, birdwatching, jeeping, mountain climbing and this is not the end at all.  Discover the creative energy of the mountain elements in Armenia. Indulge yourself into the rich world of semi-deserts, mountain steppes, forests, alpine and subalpine meadows. 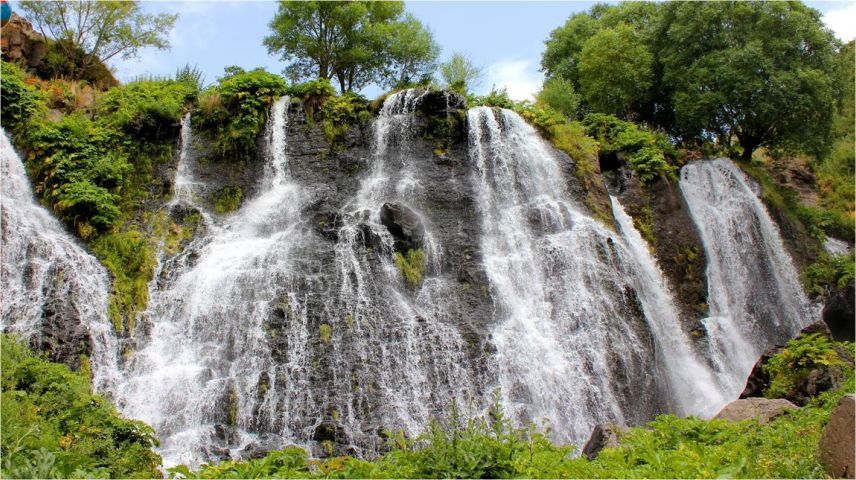 Armenia and its Architecture

Come and enjoy the spirit and architectural marvel of early Christian monasteries in the first Christian country. These unique impregnable masterpieces merged with measureless nature conquers your heart from the very first visit. Each element in the architectural style of the monasteries, their modest and mysterious nature is all very carefully planned and reflect the whole ideology of Christianity. Find your peace here in Armenia – in many of its off-the-beaten-path monasteries. 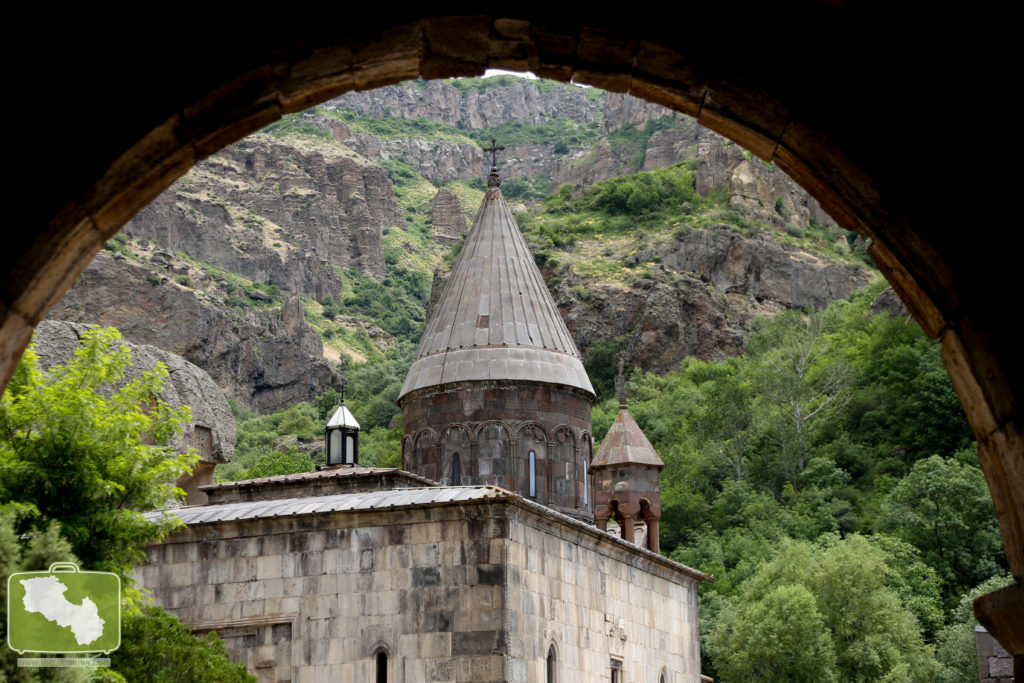 Armenia and its Cuisine

But one can’t enjoy the trip fully without trying tasty local dishes. The most astounding thing about Armenian food is that you can still try organic food here. Thus, tourists visiting Armenia adore the taste of fruits and vegetables. They are not only juicy but also very sweet due to the perfect climate conditions, rocky land, the Sun and water. The smell of apricots, peaches or tomatoes won’t leave you indifferent. Armenian cuisine is as ancient as the history of the country itself. It is the combination of different tastes and aromas, various spices, vegetables, fish, and meat.

The pomegranate, with its symbolic association with fertility, represents the unity of the nation. Apricot – fabled Prunus armeniaca is the national fruit of the country. If you happen to visit the country during the season of Apricot then you are the luckiest one having tried one of the legendary fruits of this land.

Armenia and its Adventure

Let’s not forget about adrenaline as well. Mountainous terrains and favourable climate make Armenia a great place for extreme sports. In recent years, it has become especially popular for paragliding, rafting, ziplining and self-drive jeep tours. In summer, you can also enjoy widespread trekking and hiking in the winding paths of Armenian forests. If you are a lover of mountains, then you can choose climbing  Mount Aragats, the highest point of Armenia. In winter, the country has excellent conditions for ski and snowboard lovers.  The most popular ski resort is Tsaghkadzor with modern and safe technology and a dozen of well-equipped ski slopes. In comparison to other European destinations, Armenia is a great alternative place to ski, with equipment available at affordable prices.

Armenia and its People

You think Armenia is only about breathtaking landscapes, flung open to the guests of the country, and architecture, striking with its strict stone features or shades of pink tuff stone? Not at all! Armenia is also the reflection of its people. Hospitable, smiling, sincere,  always ready to share with you their stories, the lives of their ancestors, or the legends of the mountains surrounding them. Thus, without rushing become the part of modern urban and simple rural life of these people distinguished by their typical traditions. 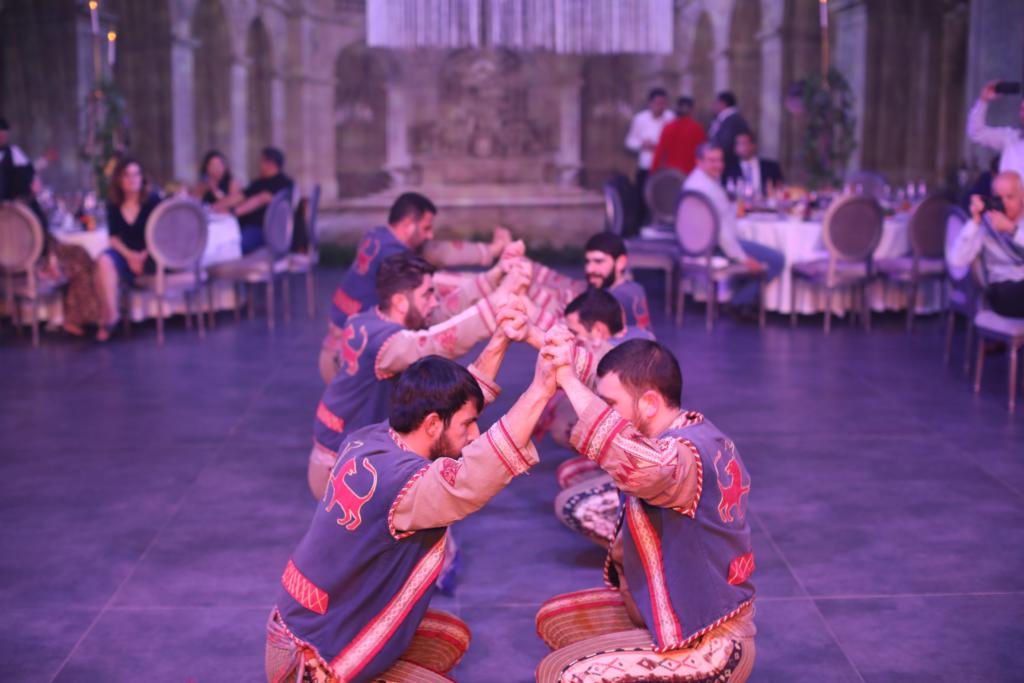 It doesn’t matter if you come to this marvellous land for a weekend or dedicate two whole weeks of vacation to it. Armenia will forever remain in your hearts. So, Explore Armenia- Hidden Treasure of the World!