One of the safest countries in the world

Feel relaxed and safe. Enjoy your trip, take as many pictures as you can and never be afraid that anyone will try to pick your pocket or walk of with your bag while you are not looking, as Armenians are incredibly respectful of both people and property.
Read More Gallup Law and Order Index

Find peace and touch the sky. Armenia was the first country in the world to adopt Christianity as a state religion in 301 AD. And as famous English poet George Byron once said: “If the scriptures are rightly understood it was in Armenia that paradise was placed”.
Read More in BBC.com

See the awe-inspiring view. Mt. Ararat sits quite high on the list of all known symbols of Armenians around which all Armenians rally. The Book of Genesis speaks of mountains of Ararat where Noah’s Ark came to rest after the great flood (Genesis 8:4).

See the roots of civilization. Armenia is one of the oldest countries in the world. Scientific researches, archaeological findings, old cuneiform inscriptions, ancient maps and even the Holy Bible provide lots of sound evidence that the Armenian Highlands is the Cradle of Civilization.
Cradle of Civilization

Christianity, the Bible and Armenia are tightly connected and the Great Flood legend once again came to prove that. It is quite interesting to discover that Armenia is not only where life was restarted after The Great Flood, but also according to the description of the Bible the Garden of Eden was located. Welcome to the country, which history begins from the Biblical Mount Ararat, where Noah’s sons repopulated the Earth after the Great Flood, where the rainbow first appeared, where Noah first planted the vineyard. The Bible says that the time of Noah was a wicked time. God saw the evil thoughts of man’s heart, which were steering him away from God. The times were so evil that God said, "I would destroy man from the earth". But then God thought about Noah. Because Noah loved God and sought to obey Him, God knew that Noah could be used to preach repentance to the people and to build an ark (a large ship) to save those who would trust God. Noah and his family entered the ark alone as there was no one else who joined them. They waited in the ark 7 days before the flood began. The Bible says that it was raining actively for 40 days. The flood stopped and the waters began to recede. After 150 days at sea the ark settled onto Mount Ararat. Noah released a couple of different birds to help him know if it was possible to leave the ark. The first was a raven that left and returned continuously until the waters receded. Then he released a dove. The dove, which he sent out three times, did not have any place to rest the first time it was released. It returned to the ark. Seven days later he sent the dove again, but this time it brought back an olive branch. Another week later Noah sent out that dove again, but it never returned. This told Noah that it was time to leave the ark since there was proof of vegetation and dry ground. Noah and his children released the animals from the ark. God promised to Noah that He would never destroy the earth again with a flood.
Armenia

Although Armenia is a small country with a population of only 3 million people. But it has a sizable place in spiritual history. Today, around 95% of Armenians are Christian, and the country’s pious history can be traced back through some of its ancient sites and monuments.

​    Armenia was the first country in the world to adopt Christianity as a state religion in 301 A.D. Christianity has played an immensely important role in the shaping of the Armenian people for over 1,700 years.

This branch of the Orthodox Church has derived its faith directly from the apostles, Thaddeus and Bartholomew, who preached in Armenia during the first century. The Christian faith has shaped the Armenian culture so intimately that it permeates the very landscape of the country, with khachkars (cross stone carvings) strewn across even the most remote valleys, and ancient monasteries nestled on the peaks of mountains surrounded by breathtaking nature.

It is also interesting to mention that the churches are mainly situated on the mountains as if to make it easier to reach to the sky, to the heavens and to the purity.

Armenia is a perfect place for pilgrimage. Note that in 2016 Pope Francis himself visited the country and called his visit a ‘pilgrimage’.

On June 24, 2016, Pope Francis arrived in Armenia with the motto “Visit to the First Christian Nation”.

At Zvartnots International Airport in Yerevan, Pope Francis was greeted by the President of the Republic of Armenia, the First Lady, Catholicos of All Armenians Karekin II and others. During that period, there were many people gathered near the cathedral of the Mother See of Holy Etchmiadzin and the nearby area. Everyone was waiting to see the Pope and receive his blessing.

The people greeted the Pope with great excitement at the Mother See of Holy Etchmiadzin. Everyone wanted to see the Pope from afar for at least one minute. The “Hrashapar” (Glory of God) Welcoming Ceremony was held at the Mother Cathedral.

His Holiness Karekin II welcomed the Pope and attached importance to the unified prayer and partnership of the sister churches. “We pray for the glory of the Holy Church of Christ, the dissemination of the love and spirit of favor Our Lord and the strengthening of peace and solidarity around the world.”

Pope Francis also expressed gratitude for being hosted in Armenia. “On this grand occasion, I express satisfaction to the Lord for the light of faith lit in your country-faith that gave Armenia its unique identity and ordered it to be the messenger of Christ to nations.”

Explore mountainous country situated at the crossroads of Europe and Asia

At the Crossroad of Asia and Europe

Armenia, a mountainous country in the South Caucasus, that lies at the crossroads of Europe and Asia. To the North the country neighbors with Georgia, to the North-East and the South-West with Azerbaijan, to the East with the Republic of Artsakh (unrecognized state), to the West with Turkey, and to the South with Iran. The longest length from the North-West to the South-East is 360 km, from the West to the East is 200 km.

Armenia has an astounding array of landscapes within its borders, including seven geographic zones, from deserts and semi-deserts to alpine and subalpine meadows. The largely volcanic mountains and the tectonic activity has pushed Armenia up above the clouds, stimulating the true range of the four seasons; hot and sunny summers, cold and icy winters, and the beautiful flora of spring and fall. Average summer temperatures exceed 25ºC; while in the winter, the average temperature is -5ºC, although in some places it known to go as low as -36ºC! The best time to visit the country is from April to October when it is not too cold, the snow has melted, and the fields are ripe with fruits and flowers.​

FIND YOUR PERFECT TRIP TO ARMENIA 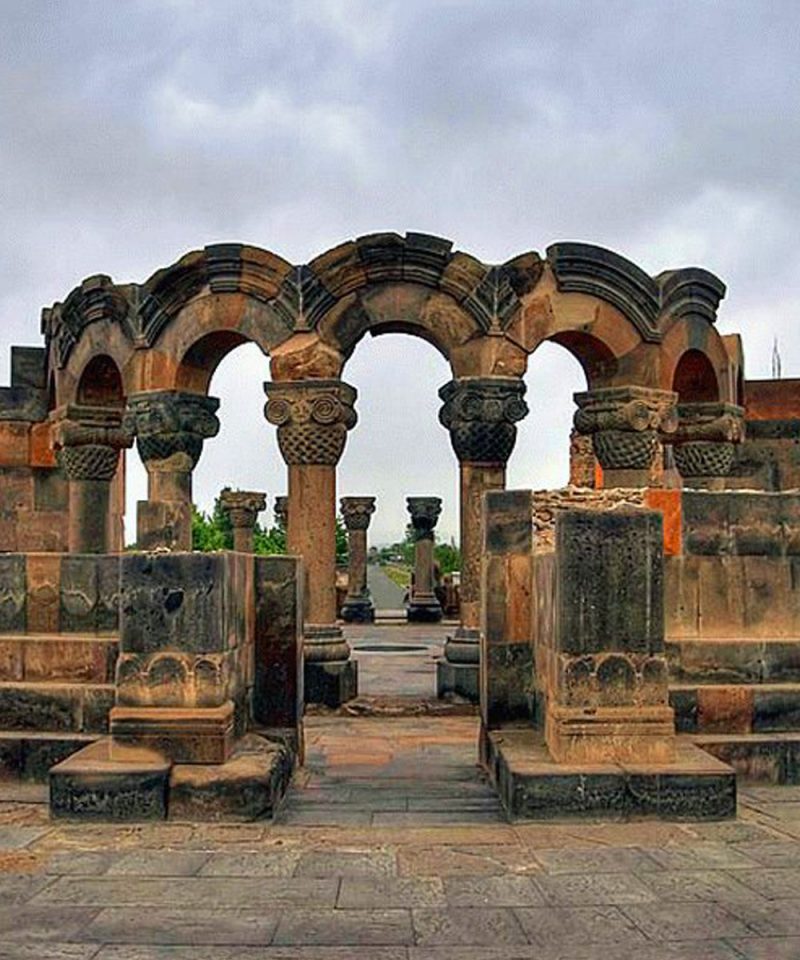 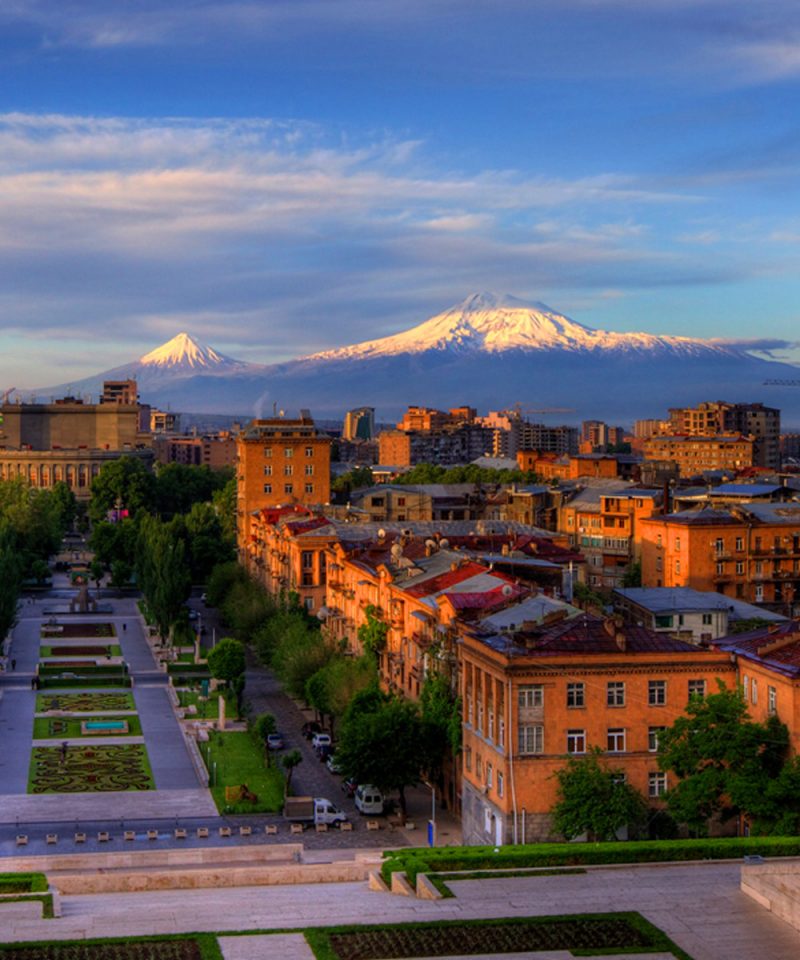 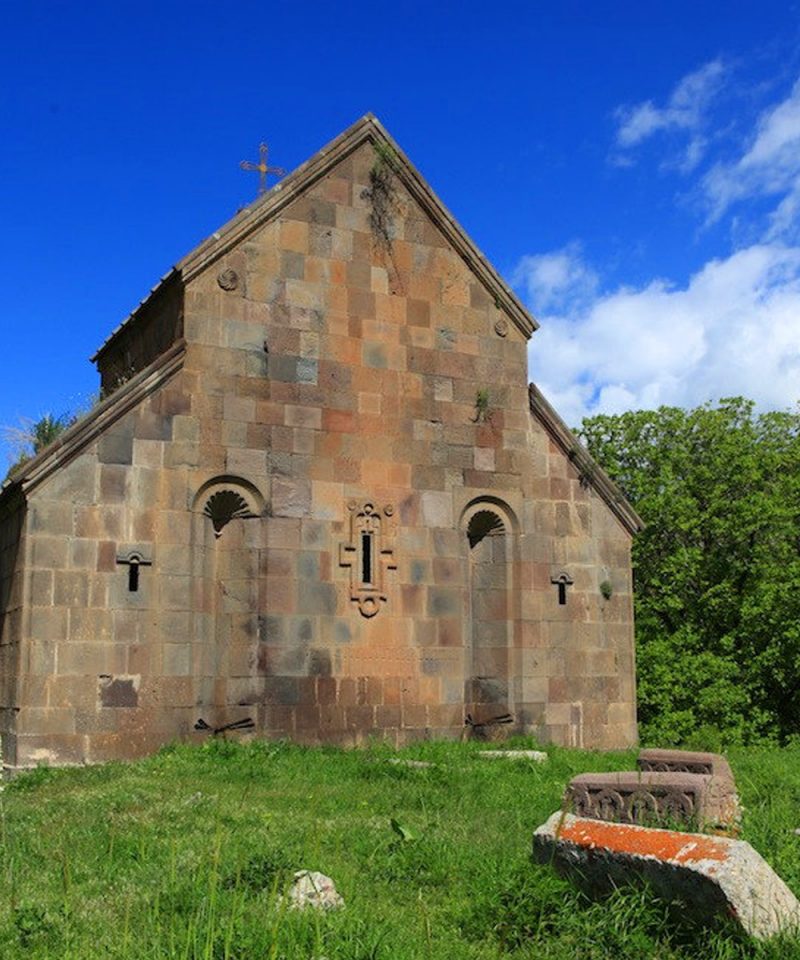 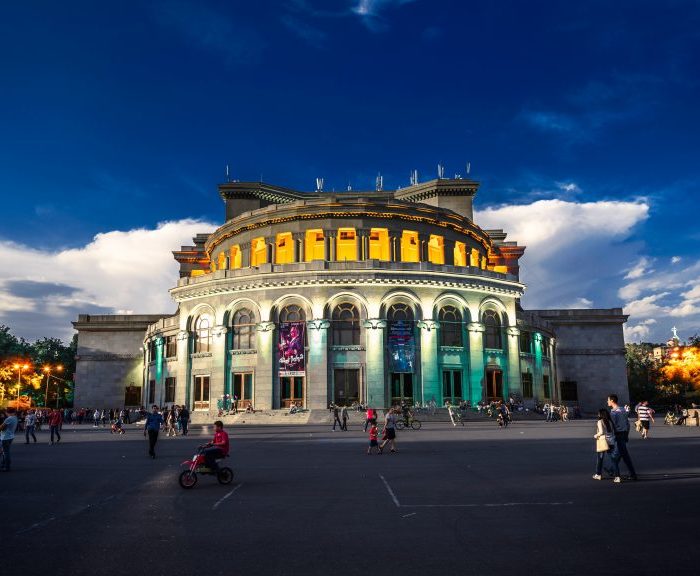 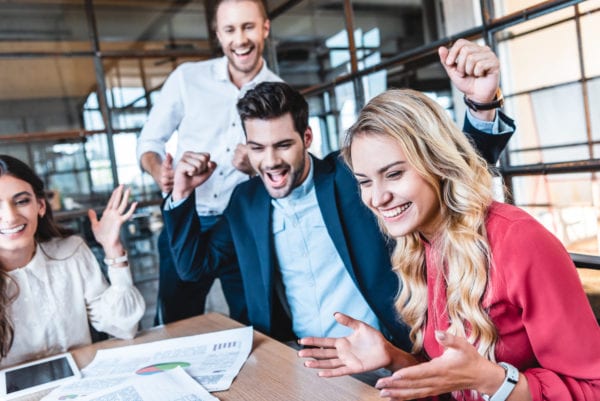 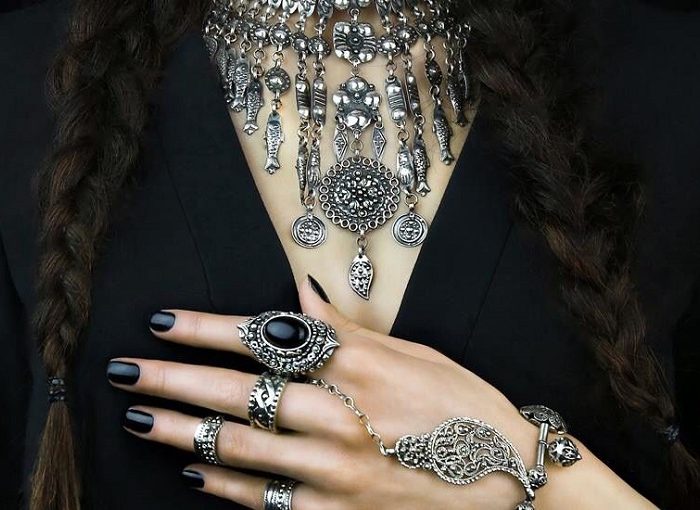 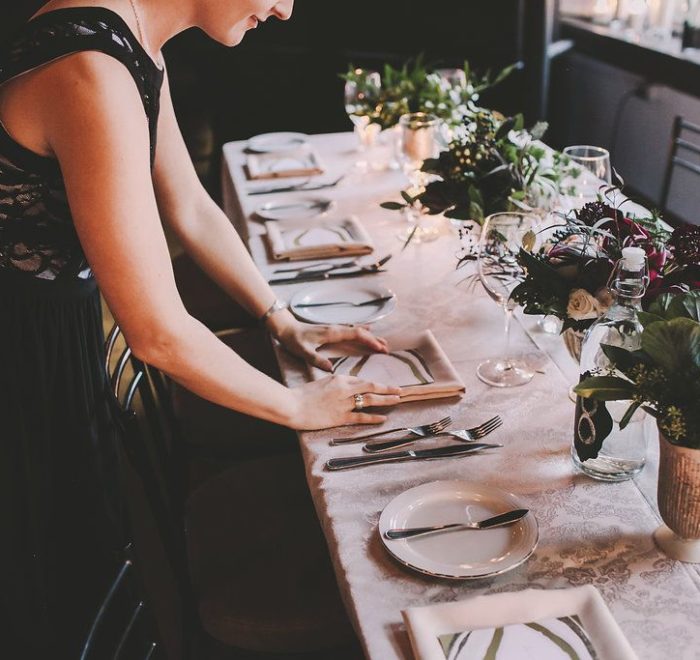 Why Book With Us?