Garni Temple is the only standing heathen temple in nowaday Armenia. It was built in 77 AD, during the reign of Armenian king Trdat (Tiridates) I. In 66 AD, when he was crowned, Roman emperor Nero gifted Trdat a pretty big amount of money and a cadre of Roman craftsmen as a token of goodwill. With these resources, Trdat built and fortified Garni, and erected the temple in the city centre devoted to Mihr, the god of the sun in Armenian pagan pantheon of that times. According to the culture of Romanized Armenian kings of the first AD centuries the temple was built in the Hellenistic (or Greco-Roman) style and became one of the most beautiful architectural pieces in the country.

In 301 AD Armenia became the first country in the world to adopt Christianity as its official religion. After that, many, not to say all, pagan shrines in the country were demolished except for the Garni temple. Moreover, in the 7th century, a new St. Sion’s church was built in Garni, however, it didn’t replace the pagan temple although it was located very close to it. Till now scientists are not sure why this exception happened. Robert Hewson, an American historian, supports the point that Garni might not have been a temple, but the tomb of a king, and it is this fact that must have helped this specific temple to survive amongst the overall destruction of the ancient religious constructions.

However, as Fagan states, all the tombs were usually built out of the city walls, but Garni Temple is built totally within the city borders. Armenian philosopher, Grigor Tananyan suggests that Garni temple is one of the most beautiful sites in the country. This “pearl of architecture”, as it can be described in Armenian,  couldn’t be destroyed because of its great importance and because of being the “quintessence of an entire culture”.

Garni: the heathen temple in the contemporary country 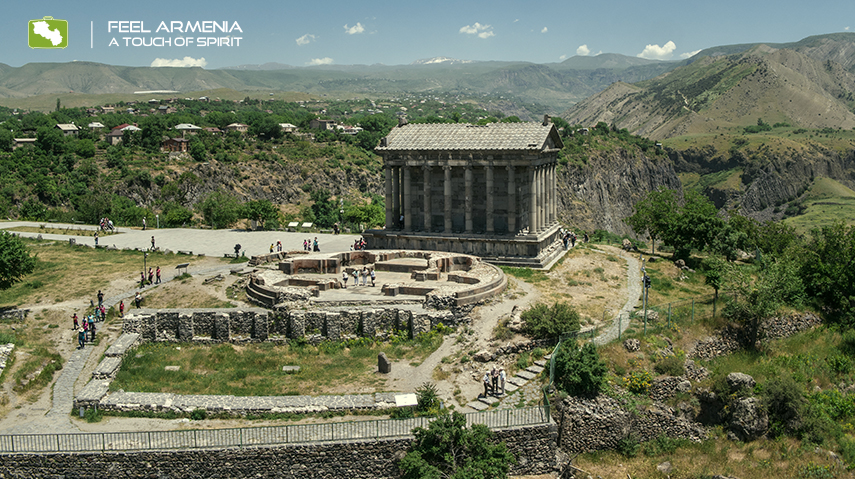 Garni temple was unique not only for Armenia but also for the entire former Soviet Union. Moreover, it was perceived as an exceptional architectural masterpiece, so that even in that great country with official propaganda of atheism, it was permitted to reconstruct the temple building, which had collapsed in a terrible earthquake in June 1679. The reconstruction plans were brought to reality by a group led by the architectural historian Alexander Sahinian during 1969-1975. After almost three centuries, the marvellous building stood up once again over the picturesque Garni canyon. The plateau on which is erected Garni temple is incredibly beautiful by itself and many appreciate the view of the shrine from the gorge side. Only when looking from the canyon you can see how it is glowing like gold under the sunbeams.

Nowadays Garni temple is in the list of the main touristic must-see sights of Armenia. It is located no so far from the capital city Yerevan. That is why it will be easy to get there even during your shortest visit to the country. However, Garni is a necessary point in any longer-lasting tour to Armenia as well. You can get there also by yourself, but if you need professionals to organize your tour on a higher level and plan it to perfection, Feel Armenia will adapt to your personal interests and needs and take into account all the small details in order to make your trip an unforgettable journey! 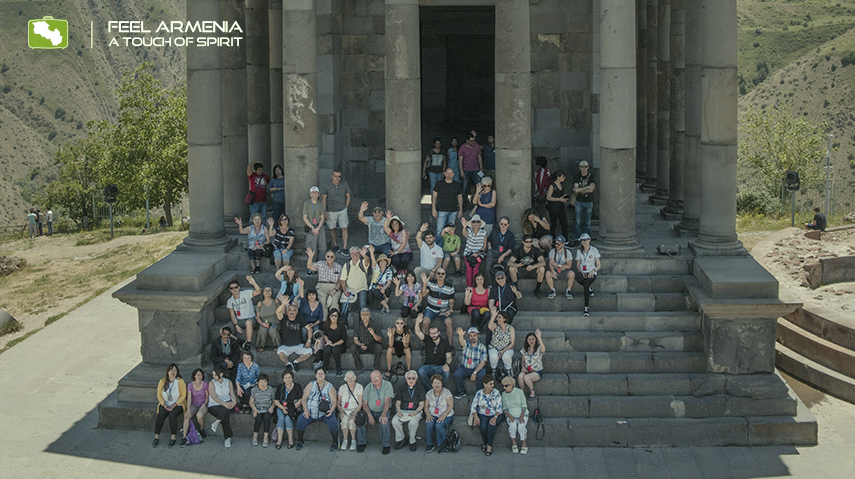 Feel Armenia suggests several tours that include visits to Garni Temple. By choosing one of them you will not only get the chance to see the unique pagan temple but also get the opportunity to have an exceptional experience of immersing yourself in the Armenian culture. Only with us you can feel its real taste, and participate in Armenian traditional flatbread, lavash baking process with the locals. You will as well listen to one of the most ancient Armenian musical instruments, duduk, which is going to be played by professionals of national and traditional folk music right inside the ancient temple!

Are you ready for the unexpected and surprising? Contact us now.

Feel Armenia, you deserve a journey that moves you at every turn!