Mughni, St. George church is the proud pearl on the edge of the gorge

The empowering Church is unquestionably one of those monasteries which have had an immense significance in the history of Armenian people. It is situated in Mughni village, Aragatsotn region.

St. George church or Mughni was founded in the 13th century but the details of the construction haven’t been investigated to the full yet. According to historian Zakaria Sarkavag, the monastery was built by the members of Hovhannavank. The remains of St George have been moved to Mughni at the end of the 13th century.

Here monks have copied and written hundreds of manuscripts. The monastery has also been a sanctuary and home to a lot of people. In the 17th century, the monastery has had its highest, most vibrant peak.

Feeling the divine atmosphere is worth everything in the world!

Take the way to Armenia! 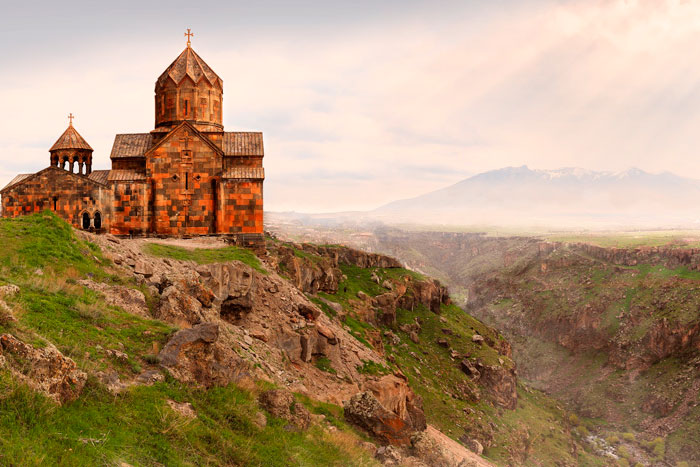