The name of this church is Karmravor. Do you know why?

Karmravor monastery is supposed to have been built in the 4th century. It is located in Ashtarak, Armenia. Despite its small size, the monastery appeals to everyone. The name comes from the word ‘karmir’ meaning ‘reddish’. And there is a legend connected with the name of the monastery.

According to the legend, three sisters fall in love with the same man, named Sarkis. The two elder sisters decide to sacrifice themselves for the sake of their younger sister’s happiness. They put on red and orange (color of apricot) garments and throw themselves into the deep canyon. The sister hears about the fact, dresses in white, and throws herself into the canyon as well. Sarkis becomes a monk because of grief. Afterwards, three churches were built on the edge of the canyon: Karmravor, Tsiranavor, Spitakavor. 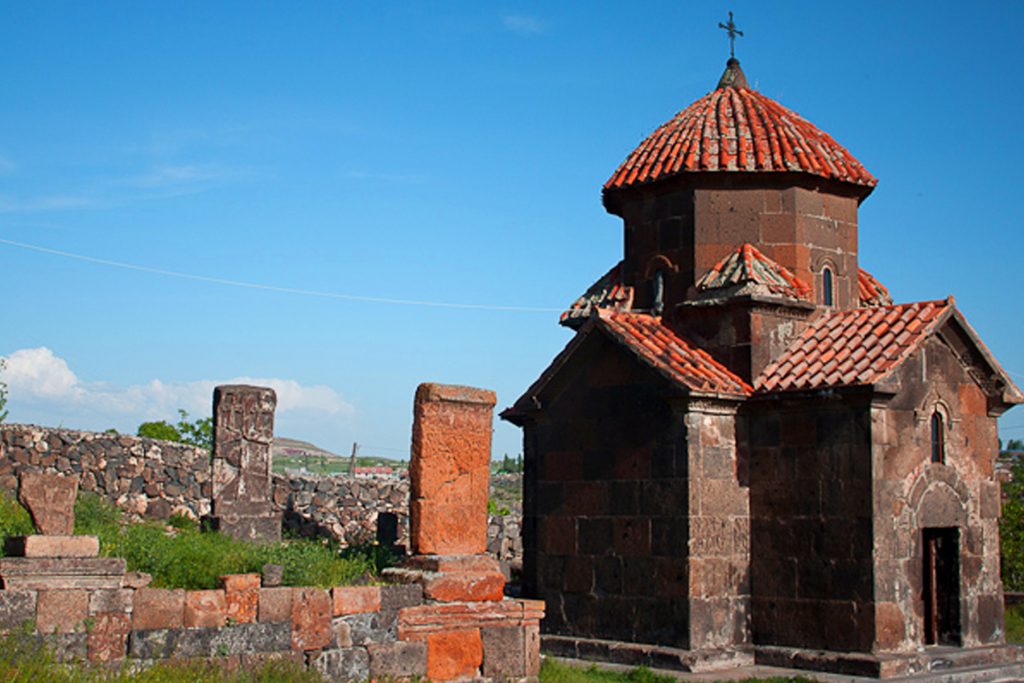 From$27
Follow us to the kingdom of Ara the Beautiful to his massive throne – Mount Aragats…
0
Sign up for our newsletter to get travel news, information about discounts and inspiration from Feel Armenia...