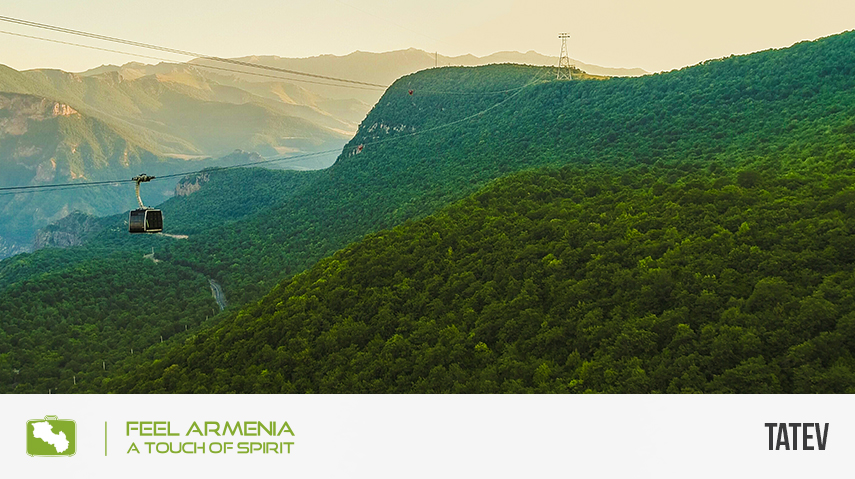 Tatev monastery in Armenia has its own “Wings”. That is the longest reversible aerial tramway in the world – Wings of Tatev. The record was fixed in the Guinness Book on 16th of October, 2010, when the cable car opened its doors for the first visitors. The aerial tramway is 5752 meters long and “flies” up to 360 meters over the ground. Taking such “wings” you can reach the famous medieval monastery complex Tatev in only 12 minutes. It’s around 4 times faster than it could take to the most comfortable car to go down and up the deep gorge between Halidzor village and the monastery on the other side of the canyon. At the same time, the route is long enough to enjoy amazing views of the surrounding nature from a bird’s eye view and feel all the breathtaking moments.

What does “Ta tev” mean? 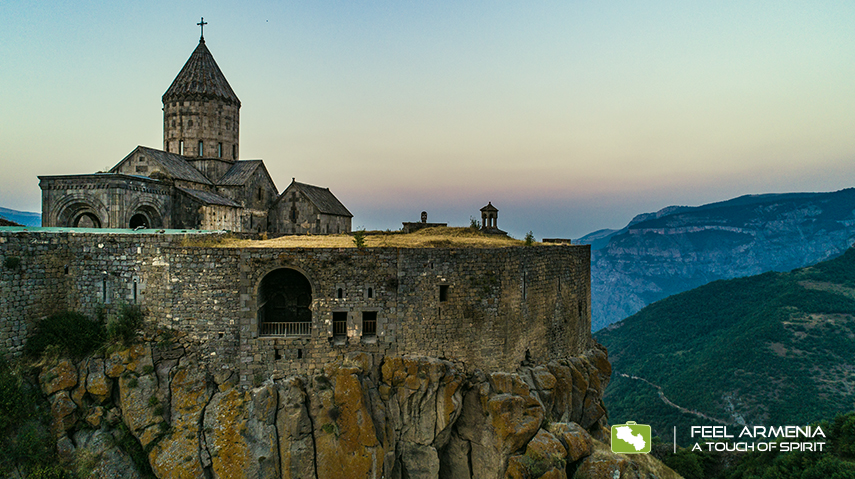 There are different versions about the etymology of the name Tatev. One of them argues that it comes from Eustatius, St Thaddeus Apostle’s disciple’s name who was martyred close to this place.

There’s another legend, which connects the name to the events happening during medieval ages. To protect themselves from the Seljuk Turks, Mongols, and Persian invasions, women, children and elderly people from surrounding villages were hiding in Tatev churches. But the buildings weren’t so big to provide asylum to all of them. According to the legend, once the bishop asked the enemy troops to let save at least as many people as would be able to enter the church. They agreed. When there was no place left for anyone to enter the church, people inside started to pray to the Lord to give them wings (“Ta tev” in Armenian). And their prayers were heard, so that many turned into doves and could fly away opening more space for all the inhabitants to enter. The enemy was shocked, but all the villagers were rescued. Probably this legend is connected to the exceptional historical fact when Tatev monastery was freed from taxes during Mongol rule in the 13th century. 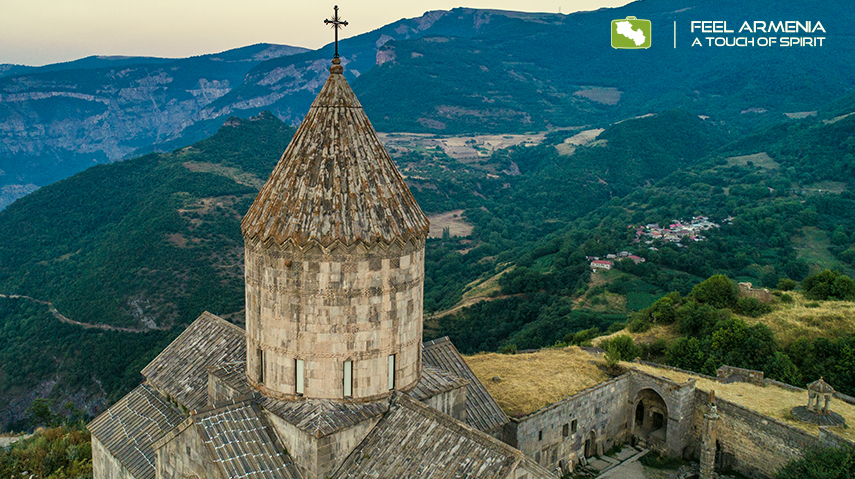 By saying Tatev people usually understand the monastery complex, which began to develop actively in the 9th century after becoming the seat of the bishop of Syunik. The main church and the oldest building of the monastic complex are the Sts. Paul and Peter church. Bishop Hovhannes was the initiator of the construction, and the reigning Prince Ashot of Syunik, as well as Princess Shushan – his wife, and Princes Sipan and Dzagik supported and assisted financially to bring this great idea to reality. Later other churches of the monastery were built, which are devoted to St. Gregory the Illuminator and St. Mary (Mother of God).

Tatev monastery complex was fortified. The mighty and massive fortress walls are reconstructed now, and it’s an unforgettable feeling to stand on them upon high cliffs and dare to look at least through the windows. The buildings inside included the bishop’s residence, monks’ habitations, and sixteen classrooms. There were rooms for other purposes as well, such as the dining hall, bakery, winery, kitchen, and storage. One of the most interesting parts is the Oil mill facility built in the 17th century. It exhibits now a massive stone grinder that was rotated by an ox and used to press the oil from dried sesame, flax seeds, mustard, and other plants.

Another highly interesting construction is the Pendulous Column, a unique medieval structure, which was very sensitive to the earthquakes and could just wobble during them, but stay stand. By the column’s swinging the monks could get alerted about the increasing tremors and get prepared to meet earthquakes in the places as save as it was possible.

What else to see and experience in Tatev? 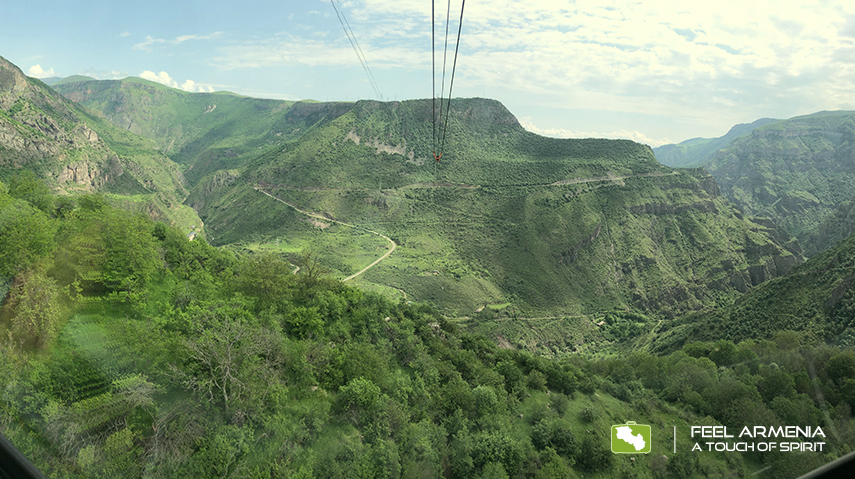 Tatev University, founded with the patronage of the Orbelian Princess, is located close to the monastery complex. When Hovhan Vorotnetsi moved from Vayots Dzor, in the 1340s, he came to Tatev and developed greatly the educational system here. Tatev monks could study Armenian and foreign scriptures (including the study of humanities, philosophy, history, social sciences, grammar, etc.), as well as scriptural arts and music.  In 1388, after the death of Hovhan Vorotnetsi Grigor Tatevatsi became the abbot and managed to raise the standard of the Tatev University to even higher levels.

By visiting Tatev Monastery you not only will get acquainted with Armenian medieval architecture and see the unique man-made constructions but also experience the natural wonders such as so-called Devil’s Bridge. It is created by wind, water, and salty soils, and hides a cave with an amazing lake, where you can swim if you’ll dare. For not so courageous ones it could be easier, of course, to try the natural baths of hot springs of a different temperature that are located on the different height inside the caves and cliffs.

You can see now that “wings of Tatev” can take you away to the medieval masterpieces and let you explore the stunning nature. At last, after such a trip full of impressions you can have a rest in Tatevatun Restaurant tasting delicious Armenian food with an amazing view of Vorotan Gorge.

ARMENIA A TOUCH OF SPIRIT